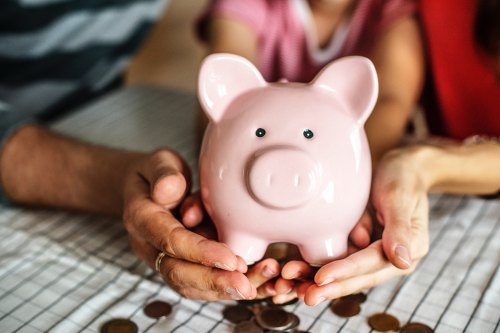 Amid news that the economy is booming yet many Americans can’t make ends meet, the idea that people are to blame for their own financial shortcomings continues to find footing in American minds and conversation. Yet it couldn’t be further from the truth. Here are three reasons why the woes of the poor and middle-class have nothing to do with bad financial planning.

Reason 1: Spending is actually down for most Americans across the board.

“If people would simply stop spending money on frivolous things, their financial situation would improve measurably.” While there is certainly wisdom in spending frugally, statistics show that most Americans already abide by this logic. Not only is luxury spending down, but so is spending on necessities like food. Younger people are also forgoing home ownership because of the price tag as well. All of this is to say that advice telling people to spend less is preaching to the choir – everyone is already sacrificing to make ends meet.

Reason 2: Cost-of-living is rising faster than wages are keeping up.

While frugality can certainly help one’s financial outlook – it only goes so far when costs for everyday Americans are rising faster than their paychecks can keep up. U.S. house prices alone are rising at twice the speed of inflation and pay. Meanwhile, food prices have been rising at a steady rate of 2.6% a year for the last two decades. Health care costs also continue to climb – led by higher costs for drugs and services. And across the United States, the general cost-of-living is surging. Unfortunately, these risings costs are only exacerbated by stagnant or even declining wages.

The productivity-pay gap really cuts to the core of what is really driving the woes of the poor and middle-class. Not only are most Americans working harder, longer hours than ever, but it’s showing in the record profits of corporations. Unfortunately, workers don’t seem to be reaping the rewards of their labors like their employers are. Worker wages have stayed largely stagnant for decades (and by some metrics are actually declining). Compounded with the rising cost of living, it’s no wonder more Americans than ever are having trouble making ends meet – and it has nothing to do with poor financial planning on their part.

So what can we do?

There are a lot of ideas floating around about the source of and solutions to these pressing problems. There are those who see the decline of unions as a source of some of these woes – and who believe revitalizing unions could undo some of the damage. Some see minimum wage increases as the answer. Others believe that minimum wage increases would only exacerbate inflation and that executive pay should be capped instead. There are also arguments that companies have focused too much on maximizing shareholder value and need to return to a philosophy of balancing the needs of all stakeholders – meaning customers, employees, shareholders, and the community.

The answer likely lies in a mix of these and other ideas that may not have even been thought of yet. But one thing is for certain: Until we can all acknowledge that these problems are real and that the poor and middle-class are not to blame for them, there is little we can discuss together that will lead to a workable solution.